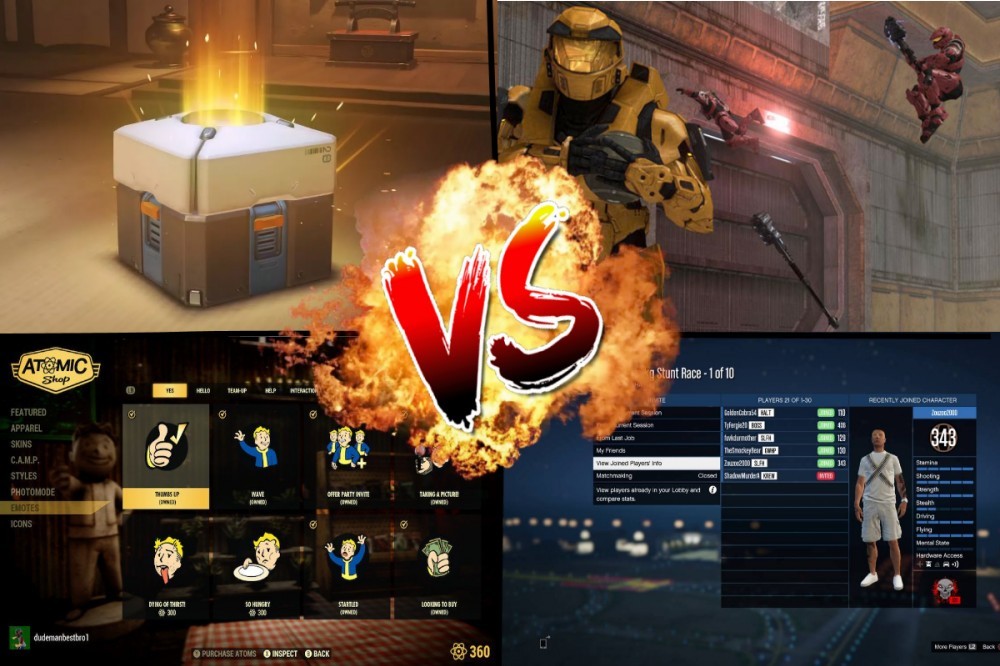 Sadly, A few things have become normal in online gaming, Micro-transactions, a lack of voice chat, and daily challenges. The ability to dodge out on meeting others and truly experiencing all a game has to offer turns players into number junkies. How many loot boxes or levels can I achieve before others. It turns potential friends into enemies. “Keeping it in the family” will be fun for a while but why are we starting to treat games more than they really are? Games should be fun right?

Back in the old reaches of 2007, Halo 3 offered the best of both worlds. If you wanted to play the game competitively, it offered a legendary competitive multiplayer. If you wanted to have some casual fun it also extended its many online playlists to game types like grifball and infection. Competitive multiplayer isn’t your thing? Great! An online Coop campaign with a wonderful difficulty scale that allows you to just casually play or really challenge yourself. The community was asked to join together to take the offered game and turn it into what they wanted so that they could enjoy it. The addition of community playlists and forge mode gave the game so much life that people were playing it well over 5 years. This is a far reach from most games nowadays that have a shelf life of 6 months to a year. Sure, making money is what any company is supposed to do, So making a quick money grab with Micro-transactions will grant much more than if Halo 3 was released today. The issue is that gamers will start to become exhausted of shelling hours into games that they aren’t even sure that they will be playing in a month.

Halo 3 gave players a choice, it didn’t beat a playstyle into the player’s heads. The gamification of the more modern games take a perfectly fine game and turn it into a metagame. The shot of dopamine that gets shot into your brain when you open a pack/loot box sadly feels stronger than winning an online match. Games should offer a key to a memorable experience rather than making it for you.

Few games have a system in place that gives players actual power to make their own decisions. Games like Call of Duty, Overwatch, Rainbow 6 Siege, and Fallout 76 give you one goal and no real options in how to achieve that goal. That can make player toxic when others don’t take the game as serious as them. If winning is the only way that you offer a person to enjoy a game, 50% of the players are going to be unhappy at the end of a match.

Sometimes meeting some fun people in-game can save the chances of a game being fun. Unfortunately, Consoles offer 2 options when it comes to chatting, party and in-game chat. PC makes it easier by having a push to talk so that you can hear both your private chat and the in-game chat and talk in both. Regardless, I think the last game that has a chance at offering a great experience to its players is Red Dead Redemption 2. Its online Beta just rolled out this week and I can’t wait to give it a try. From what I have seen, the online multiplayer offers the perfect ingredients for a great time for all types of players. Rockstar has always been good about allowing players to do what they want in their world. I remember playing GTA V online with a friend where all we did was attack other players with flashlights. We were the deadly flashlight gang and anyone who crossed us would see the light! Experiences like that are much more memorable than that one game where I got a triple kill…

All I am asking is for is the ability to play a game a way that makes it fun for anyone that picks it up. Actually, that sounds tough but is it really? Let’s go back to Halo 3 for a second. That game in its core was a marvel. Somehow it offered so much with so little. It did, however, offer a mode that allowed players to edit maps and settings. Now let’s go back to GTA V, They had the same keys to success. Even just allowing players to mess with some values gives the game some spice to keep it interesting. Custom games are so often overlooked by developers and being able to change some settings can extend a games shelf life and reach.