Evo Championship Series, or Evo for short, is one of the worlds most anticipated fighting game competitions. Every year, the best of the best and ordinary players are invited to put their skills to the test. This year, a new set of competitors were welcomed to Las Vegas from August 3rd -5th to prove themselves in a selection of fighting games.

Of course, just as with every Evo Championship Series, there were many hype moments, upsets, unreal combos, pop-offs, and of course handshakes. Sportsmanship is a core of the fighting game community. Even if upset, the loser always reaches their hand out in congratulations. This is why the fighting game community always puts on a great show. The love of the game always overcomes personal feelings. So with that out of the way lets jump into the results!

Dragon ball FighterZ brought in just over 2,500 competitors. With the game just being released this year, there were plenty of people that wanted to prove themselves at one of the most prestige fighting game tournaments.

Echo Fox SonicFox, Dominique McLean, put on an Expert showing this year at Evo. He looked to outclass almost everyone at the event even GO1(go-ichi), Goichi Kishida. After coming off years of besting all in Mortal Kombat X, Evo shut down MKX after 2016. SonicFox found Dragon Ball FighterZ as his way to compete on the grand stage again. He took it in stride, He only dropped one set to GO1. He was an absolute animal and showed that he deserved this decisive victory. If you want to check out how absolutely insane SonicFox was, check out the Winners Finals where he put up an amazing set against GO1.

Street Fighter has been a staple at the Evo Championship Series since the beginning. It was also present as Street Fighter III: 3rd Strike in arguably the top moment in all fighting game competitions, Evo moment 37. Being the second most entered behind the new Dragon Ball FighterZ with 2,499 entrants, old favorites looking to succeed had the potential to drown in pools.

Tokido is one of the most recognizable names in the top 8. Problem-X, representing Great Britain, had no issue taking down last years champ in a single set. Using M. Bison, he was able to claim $20,000 big ones for the queen. This is a great example of when an underdog can prove themselves on the big stage. Another great contender was The Cool Kid93, who put in some exceptional games as Abigail against Luffy. I recommend that you check out his losers match for a classic back and forth game between two great players.

After the tournament was finished, Capcom introduced two new additions to the SF5 line-up, a new character named G and returning favorite Sagat.

Tekken, like street fighter, is always in the talk during any fighting game tournament. Tekken is a 3-D fighter where a new direction of dodges and stage dives can add to a combo. The mind games and mix-ups that can be performed in this game keep viewers on their toes, never knowing if someone will turn a game in their favor.

South Korean LowHIgh, Sun-woong Yoon, in his first Evo took the top 8 bracket by storm. He 3-0’d Qudans in the finals after beating him in semis to send him to losers. Quadans proved himself by not dropping a single match in the loser bracket and even reset the bracket giving LowHigh his only set loss of the tournament. But after the reset, LowHigh earned the respect of his opponents through his expert Shaheen play. Even with these players expert play, let us not forget Lil Majin’s King. Taking a solid 3rd in the standings, Lil Majin earned the love of the crowd by not only being the only American in the top 8 but by putting on a show. With each victory, he would throw up his brow and stare the camera down. While he didn’t take home the gold, his match against JDCR, last years champ, was nothing short of amazing.

A new season was announced for Tekken 7 after the ceremony was over. A trailer showed that the new season would bring in new characters. Anna Williams, Lei Wulong, and Negan from the walking dead. There were also 3 others that have yet to be announced.

Super Smash Bros. for Wii U

This marks the last year for Super Smash Bros. for Wii U with the new installment coming out later this year. With about 1,350 entries, Smash 4 and Smash Melee had about the same turnout. This year, however, would be different because TSM’s Zero would not be attending this Evo Championship Series. This means that anyone had a chance to take his place in the top 8.

4 of the top 8 players were not sponsored, including Lima. Lima has been playing Smash for over a year but rarely made top 8. This year he showed his strength in the hated Bayonetta pick. In fact, only 3 of the top 8 played Bayonetta. The finals were a Baynoetta ditto where CaptianZack reset the bracket, only to fall to Lima 3-1. After the reset, the two friendly players stalled the match so that they could talk… This was an embankment to the FGC scene. Other than the finals or if you want to avoid watching a Bayonetta ditto set in general, watch MVD vs Ratio. The match goes back and forth and each player shows their skill. Also, they both show respect for each other during and after the match. It was a Great watch! It was much better than the finals and I recommend that you watch that match instead. 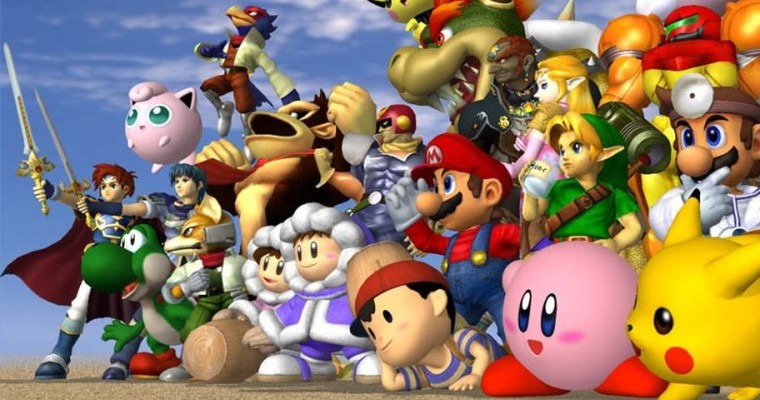 Melee is another staple in the fighting game community. Watching these players is a spectacle and each of them has a dedication to the game that should be respected. That being said Leffin played out of his mind in his sets. For being a so-called “Non-God” he played like one.

The Swedes really showed up this year. Armada has always placed top 4 since 2013. Leffen, on the other hand, has never placed top 4 before this one. Hungrybox and Mango looked off this year. Hungrybox missed his rests and Mango just didn’t look like old Mango. Plup 2-0’d Mango to avoid his nemesis Hungrybox in winners, unluckily he was pitted against Leffin who was on fire going into finals. Armada was thrown into losers early by Swedish Delight, but he didn’t drop a single set after that to make it into the finals. Leffin finally showed the community that he could best the gods of melee and 3-0’s Armada for a well-fought win.

Evo is the longest-running fighting game tournament for a reason. It brings the best around the world to fight in the most popular fighting games. The sponsors, staff, competitors, and attendees all understand why their community is one of the strongest among gaming. The love for the games fuels the love for each other. The respect that they all show each other takes the community further. Even people that don’t play fighting games understand the time and effort that competitors put into learning the game. When the crowd is hype and everything is on the line, greatness is found. Here is to another great year of the great fighting games community!

4 Replies to “Evo Championship Series : An Overview of the Biggest Fighting Games Tournament”