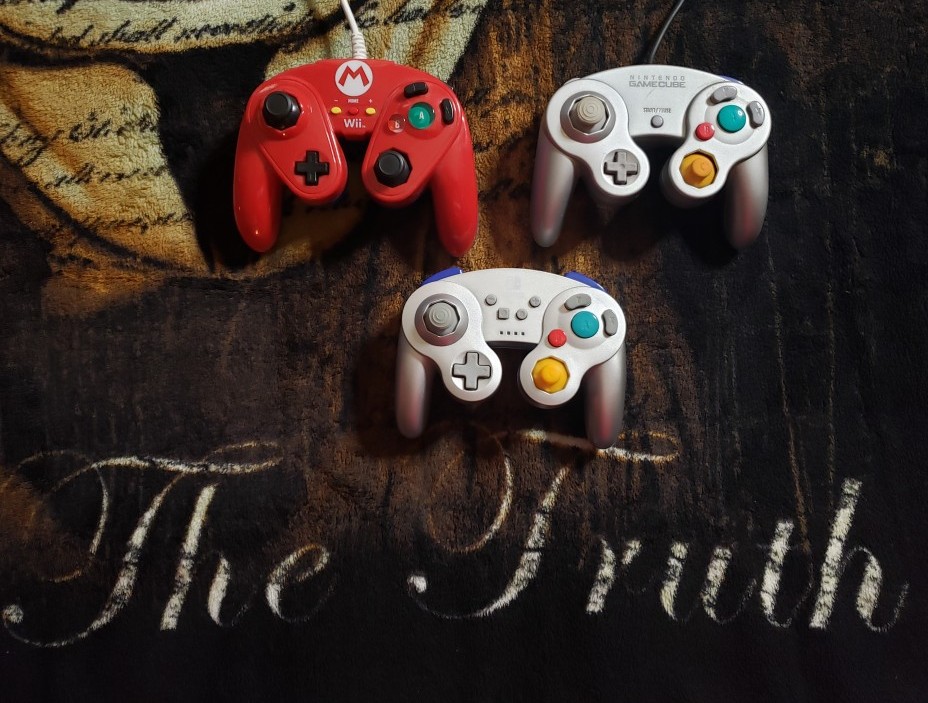 How’s it going Gamerz! It’s been a very long time since I had written for the website, there were some personal things that happened in my life and it threw me through a tailspin. If you want to know what happened, feel free to message me on social media and I will answer any questions you may have. BUT you didn’t come here to hear about that, you came here to check out what kind of gear I am going to be talking about today. Let’s go over some back story first, shall we? I will take you back to the ancient times of 2001. Melee game of Super Smash Bros just released for the Gamecube and fans…went…NUTS! The first game was released just a few years earlier for the N64 and introduced us to the world of Smash. Melee improved the game 10 times over! Graphics were cleaner, there were more stages, more characters to unlock, and one of the best things was how it felt to play Smash Bros on the Gamecube controller.

To the credit of the N64, it was, of course, a good controller for its time…for the most part. Not everyone could wrap their heads around the design with the three horn layout, one side has buttons, the middle has a joystick, the other side has the D-pad, and the lonely Z button is on the back of the controller and…ok, ok, I think you get the picture. The new Smash for the then new Nintendo Gamecube felt more like a better fit because of the controller. It was still a funky looking controller with the button layout but it was still comprehensive. The buttons weren’t all over the place, you had everything you needed right on the face of the controller. We move through the Wii and the Wii U and still see a lot of people preferring to use the GC controller over just about any other controller to play Smash Bros. The beautiful thing is that with the release of Smash Ultimate, the story basically remains the same, a lot of people prefer to use the GC controller. I happen to be one of those people also. Introducing The Power A Controller. In case there was any doubt there was going to be a GC controller, The Power A Controller swoops in. It certainly looks like a GC controller but what’re the details? I hear you asking. Well, my friends, I might have been away for a bit but I am as opinionated as ever, let’s jump right into it! 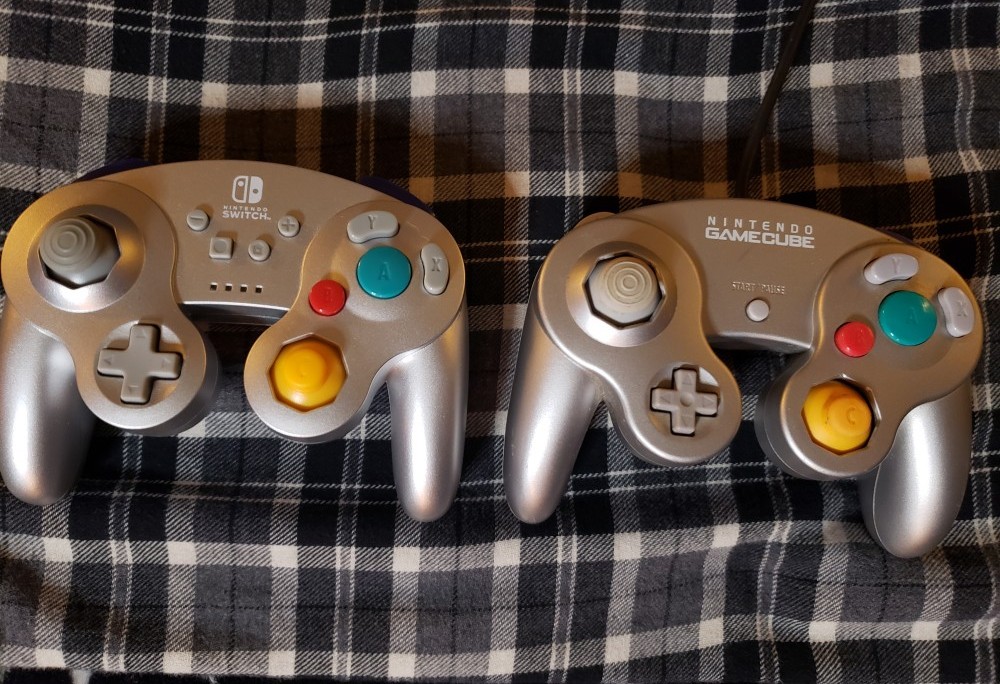 As we just talked about, a lot of people prefer using the GC controller above a lot of other controllers to this day. The only other controller that may rival it, in my opinion, might be the Switch pro controller. When there was speculation about another Smash game, there was also speculation on another GC controller and like clockwork, when Smash ultimate was announced the flood gates burst open and the light was shown on the GC controller making a comeback. There are a few companies out there who are producing GC controller models, of course, but we’re looking at The Power A one. I happened to pick up the Silver controller because it matches my silver GC controller that I got oh so many years ago. The Power A Controller, aesthetically, looks almost exactly like the GC controller and it will have you doing a double take. I say almost because there are of course a couple of modifications, such as the buttons in the middle of the face are a bit different. The Wii controllers started the trend of + and – buttons and have been on just about every Nintendo controller since. This controller is no exception and has the added home button and the much-needed capture button for when you’re owning someone in Smash.

Another modification most gamers will notice right away is the addition of another shoulder button. On the original GC controller, there was one shoulder button (Z) and two trigger buttons (L) and (R). On The Power A Controller, there are now two bumpers (L) and (R) and two trigger buttons (ZL) and (ZR). It’s the little details that matter and although it’s a small improvement, it’s an improvement none the less. The rest of the button layout is exactly the way that old school gamers, like myself, remember. You have the giant A button in all it’s green glory, the scary red B button to the bottom left of the A button, the cool yellow C thumbstick, and the rest of the buttons are there also without any color because who cares. In all seriousness though, the other buttons, of course, are where they should be. I thought it was interesting as a kid that the X and Y buttons didn’t get colors of their own but thinking about it now, I suppose that would be too much going on at one time on the controller. The Power A Controller, in my opinion, does one heck of a job of staying true to the original controller. But how does it work? 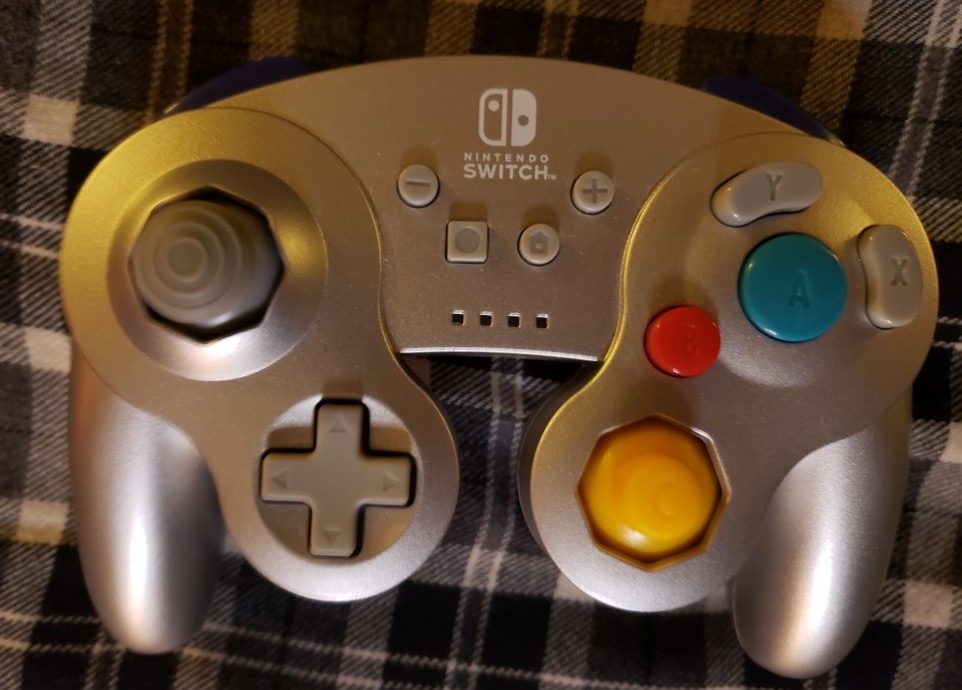 As I mentioned before, the GC controller is pretty comfortable to use while playing Smash brothers but the buttons need to work. Duh. There are some controllers out there that have the right aesthetics but the buttons and control are pretty bad. The Power A controller’s buttons are pretty tactile. They’re not very stiff where you have to put extra effort into moving the thumbstick and they’re not very loose where it feels like the buttons just sink into the controller. Gamers will notice the C stick might feel a bit stiff compared to how it was on the original controller but I personally don’t mind it. So far we covered the look of the controller and how the buttons feel, now how about function? To start off I’d like to say my favorite aspect of The Power A Controller is that it’s WIRELESS! I know that’s not really impressive in this day and age but I was all smiles when I saw this. I am used to using the wave bird to play wirelessly. Don’t get me wrong, the wavebird worked fine and I loved it but compared to the wired GC controller it just feels a bit “bulky” in my opinion. The command input going to the system is right on point. With all my playthroughs of Smash Bros, I haven’t noticed any lag on commands and I’ve been playing for a while now. The last thing I LOVE which I think is a huge improvement is the D-pad. They made the D-pad a little bigger on The Power A Controller which is fantastic because my hands are now just a bit bigger than from when I was a kid. If you mainly use the D-pad for fighting, I don’t think you’ll be disappointed here. 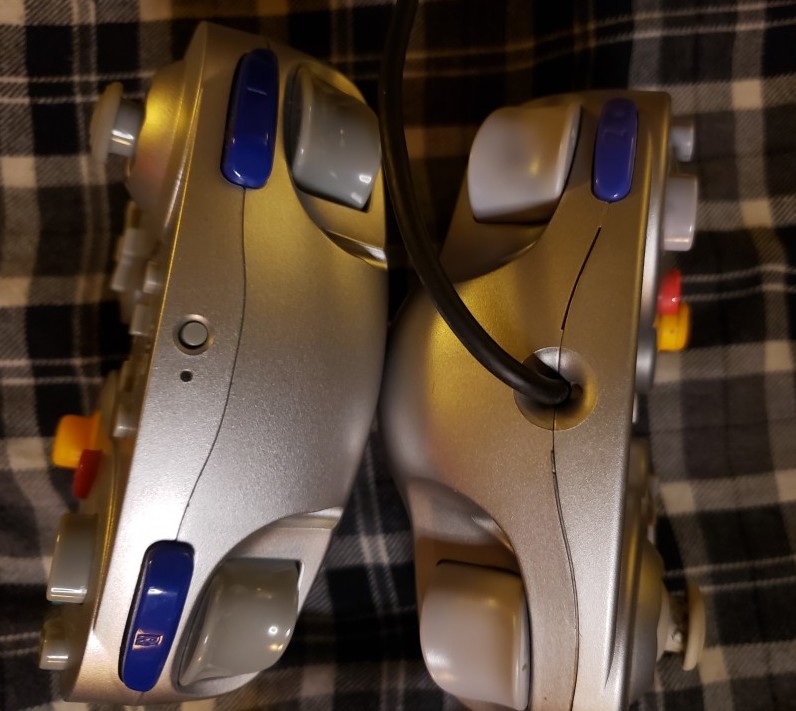 Let’s go over some negatives, shall we? Although the controller feels great in the hands as you play you will notice something is missing. For a lot of players, this one thing is incredibly important. The rumble. With modern console gaming, the rumble feature has been included with every stock console controller. It is vital for a lot of gamers because that is their way of feeling complete immersion. I grew up in the NES, SNES, N64, and PS1 era of gaming where the rumble feature became an add-on for the N64 towards the middle of its life span. I didn’t think it was going to be such a big deal to not have the rumble on the controller. Well, I was wrong. Not being able to feel the hits from your opponent on the controller does take away that bit of something from the experience. In a fighting game you want as much of an advantage as possible, so being just a tad bit more vested by feeling the contact being made might actually help to get that win. The other thing that you will notice with The Power A controller is that it does not have amiibo support. If you are looking to supe up your character, you’re going to have to use your Joy-con or pro controller to do so. It’s a bit of an inconvenience having to use two controllers if you’re looking for the full Smash experience that’s there for you. I’m also personally not the biggest fan of the R and L triggers. I keep comparing them to the original GC controller. It’s the click when you push down on the trigger. It doesn’t feel as satisfying as it should. The control is still there, don’t get me wrong. It’s just an odd feeling.
The last gripe would be that this controller also runs on batteries, it does not have the option of charging an internal one. Once the batteries are done, you have to shlep to the store and buy new ones. It’s not the end of the world to have to do that, but if I’m relaxed at home I don’t want to have to go outside.

The Power A controller is not the end all be all and it does lack a lot of features that are included in Nintendo brand controllers. That being said. The control input does not lag and the overall feel of the controller is very comfortable for long play sessions. It does run off of AA batteries but it does not eat through them as quickly as you would think. So far I’ve had mine in for a few weeks and I play other games with it as well, not just Smash Bros. For the amount of money you will save on this controller compared to buying a pro controller, its worth looking into and picking up.